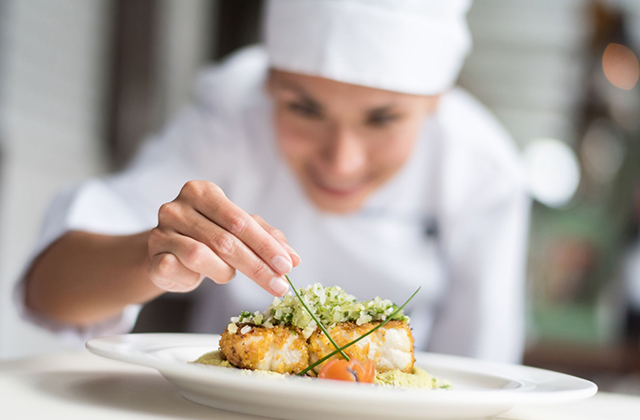 The Waitrose Good Food Guide 2017 Press Release has been distributed for use from midnight on the morning of Thursday 25th August 2017, ahead of a launch in the shops from September 5th 2017. The press release is reproduced in full below and is a comprehensive introduction to the Guide. It includes highlights, the top 50 Restaurant List for 2017, Editor’s Awards and Editor’s Comments. If you are catering for a staff lunches just make sure you have enough food serving so that staff will enjoy.

Unusual gourmet locations include a motorway service station with top trucker tucker, a restaurant in a yurt and a bike shop café. The nation’s best desserts uncovered.

The Good Food Guide has announced its top eateries and award winners today. Alongside the finest dining establishments in the country the guide, owned by Waitrose, celebrates some more unusual discoveries including a café located in a motorway service station, another in a bike shop, and a restaurant in a yurt. And, for the first time, The Good Food Guide has revealed where the nation’s best dessert menus can be found.

Chef Simon Rogan’s restaurant L’Enclume, in the historic village of Cartmel in Cumbria, has been crowned “number one restaurant” for the fourth year running, also securing five years of perfect tens. The Good Food Guide (GFG) awarded the restaurant top billing due to the “soaring sophistication of Mr Rogan’s cooking”, highlighting the 17-course tasting menu which offers “clever elements of technical wizardry to keep the ‘oohs’ and ‘aahs’ going,” with “the cooking forever breaking new ground”. Many ingredients are local and grown on L’Enclume’s own 12-acre farm.

Rogan said, “It’s amazing news to be number one for the fourth year running. I’m really grateful to The Good Food Guide for their faith in awarding us top spot once more, and appreciative for the enormous effect it has on our business. It’s a huge achievement but could not happen without a massive team effort. For me, it’s a privilege to lead this outstanding group of people. There’s no doubt that L’Enclume is approaching the most creative period in its history, and achieving the quality I dreamed of when I first opened its doors.”

The guide has also announced a brand new ‘perfect 10’ in the form of Restaurant Nathan Outlaw in Port Isaac, Cornwall, which appears at no. 2 in the Top 50. Editor Elizabeth Carter praises his seafood restaurant as “a role model of its kind – no pretensions or gimmicks, just first-class food and knowledgeable, welcoming service – and there is no doubt in my mind that Restaurant Nathan Outlaw deserves its place as one of the best restaurants in the country.”

Responding to news of the accolade, chef Nathan Outlaw said, “I honestly thought I was dreaming when I found out. Over those years of continuously cooking and serving our customers we have always tried our hardest to do our best and when you get recognised like this it means the world to us all.”

The GFG, along with its team of anonymous inspectors and loyal readers, also uncovered a range of foodie finds in unconventional settings and structures.

Then there’s a “modern marvel” in a service station – Gloucester Services on the M5 is an “independently run motorway pit-stop” with a gourmet café that is “committed to locally sourced food”.

Also new to the GFG this year is a reader discovery, Shuck’s at the Yurt, a restaurant housed in a quirky tent in Norfolk. The yurt eatery is located in a beautiful orchard and run by husband and wife team Phillip (Head Chef) and Beth Milner.

And in Bristol, you’ll find a brilliant brunch menu and tasty tapas at Spoke and Stringer, a seriously cool café which is part of a bike and surf shop.

Elizabeth Carter, who is celebrating ten years as Consultant Editor of the Waitrose Good Food Guide, said: “From yurts to campsites, bike shops to shipping containers, the vessel in which a good restaurant sails is no barrier to entry in our guide. We look for great food wherever we can find it – and that’s sometimes in highly unusual places. With an army of Good Food Guide readers on the ground, and our inspectors scouring the length and breadth of the UK, we check out as many recommendations as we can to make sure that no stone is unturned and no good eating opportunity missed; and this year we’ve found some excellent cooking in some very unexpected places, giving even greater choice to our readers.”

Beth Milner, joint owner of Shuck’s at the Yurt, said: “We are absolutely delighted and overwhelmed to be featured in the Good Food Guide through recommendation from our customers. As a new business it means so much to be recognised for our great food. We hope to go from strength to strength and have exciting new plans for 2017 from our unique setting in the beautiful Drove Orchards.”

Kristian Crews, owner of Spoke and Stringer, said: “It’s exciting to be a part of The Good Food Guide as we are still a start-up business and it gives us an opportunity to share our amazing food, venue and identity with a wider audience. We have a very active, lifestyle-orientated menu which lots of people stop by for to enjoy after the gym, with our evening menu also popular with cyclists.”

Sarah Dunning, CEO of The Westmorland Family, which owns Gloucester Services says, “What an honour to be featured in this guide. Our motorway service areas champion interesting food from their locality and beyond and we are lucky to be able to connect many small, local food producers with the British travelling public. Good food is very important to us and it’s great to be recognised for what we do.”

Waitrose has also announced the Editors’ Awards from the 2017 Good Food Guide. These awards recognise restaurants and chefs who have shown excellence in their field. This year, Chef of the Year has been awarded to James Close from the Raby Hunt in Darlington, Durham. Restaurant of the Year has been named as Orwells in Shiplake, Oxfordshire and Best New Restaurant Entry is Forest Side in Grasmere, Cumbria. A new award for this year is Best Front-of-House, which celebrates the best restaurant customer service in the UK. This has been awarded to Jason Atherton’s Pollen Street Social in London.

For some, dessert is the best course on the menu and for the first time the GFG has revealed where the nation can tuck into the very best puddings.

Top recommendations were awarded to the North of the Border Tart, which can be found at The Whitehouse, Lochaline, also winner of Scotland’s Local Restaurant of the Year. The tart is “filled with dried fruits, cherries, nuts and whisky. Nothing fancy, no towers, or twirls or crisps, just a really comforting pud.”

The unusual Warm Blood-orange, Sheep’s Milk Yoghurt and Wild Fennel Granita can be found at the Clove Club, London. The inspector noted it “came with shards of dehydrated milk-froth – like eating a crisp, malty cloud. The whole thing was seriously delicious.”

Sometimes traditional is best. At the Village Pub in Barnsley diners can find the “finest sticky toffee pudding”, described as “a dark, moist, treacly sponge swimming in a runny toffee sauce, and rich as muscovado, with a scoop of homemade vanilla ice cream.”

The exceptional dessert menu at Orwells in Oxfordshire may be why it won Restaurant of the Year in the guide’s Editors’ Awards. Its take on caramel apples, “a cylinder of chopped, braised apple encased in a wafer of pastry, itself wrapped in a thin layer of apple jelly” with “salted-caramel and a milk ice cream” was described by one inspector as “extraordinary.”

A golden era for restaurants

This year, the GFG also celebrates the tenth year of editor Elizabeth Carter at the helm. Carter said of the last decade:”I’ve certainly seen changes in the UK restaurant scene in my ten years as consultant editor – what a golden era for restaurants it has been. London will always have an extraordinary wealth of top restaurants and chefs but I love the fact that the restaurant scene is flourishing beyond the capital; more affordable start-up costs outside of London have made our great regional cities viable dining destinations.

“At the same time, dining out everywhere has become less structured, less formal, with more flexible opening times and menus, and with a much broader choice of quality venues in the lower price bracket. It means we’ve all had to come to terms with exposed ductwork, hard seats, small plates and communal tables – but well worth it when you consider the all-day eateries, cafés, pizzerias, seafood shacks and pubs of genuine high quality offering everyday eating at everyday prices.”